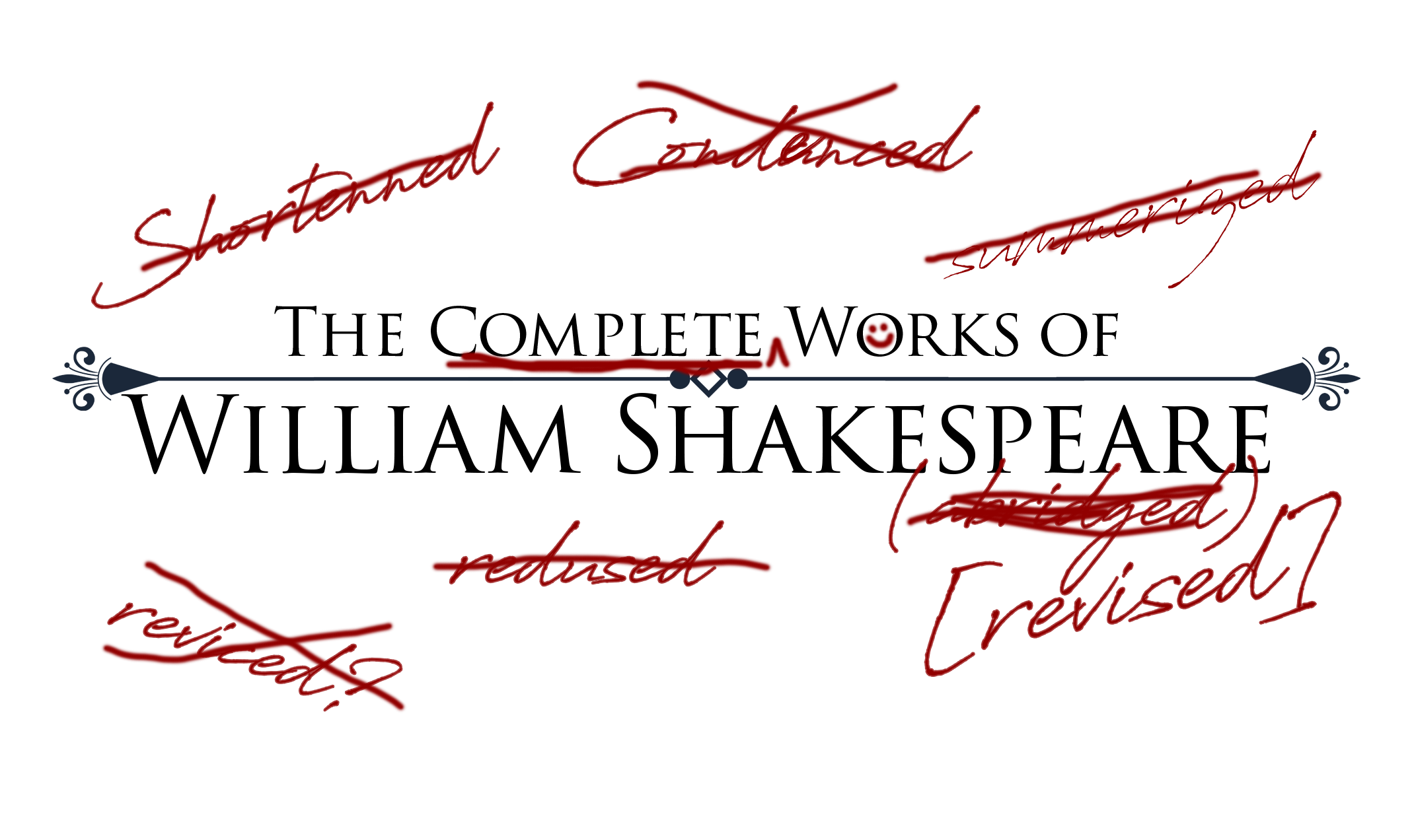 To celebrate the 20th anniversary of the Reduced Shakespeare Company's classic farce, two of its original writer/performers (Daniel Singer and Jess Winfield) thoroughly revised the show to bring it up to date for 21st-century audiences.

Incorporating some of the funniest material from the numerous amateur and professional productions that have been performed throughout the world, the cultural touchstone that is THE COMPLETE WORKS OF WILLIAM SHAKESPEARE (ABRIDGED) was born when three inspired, charismatic comics, having honed their pass-the-hat act at Renaissance fairs, premiered their preposterous masterwork at the Edinburgh Festival Fringe in 1987. It quickly became a worldwide phenomenon, earning the title of London's longest-running comedy after a decade at the Criterion Theatre. THE COMPLETE WORKS OF WILLIAM SHAKESPEARE (ABRIDGED) is one of the world's most frequently produced plays and has been translated into several dozen languages. Featured are all 37 of Shakespeare's plays, meant to be performed in 97 minutes, by three actors. Fast paced, witty, and physical, it's full of laughter for Shakespeare lovers and haters alike.

About the Director Matt Monte

Matthew Monte studied acting and directing at UNC-Asheville. He has performed in several shows at Lee St. Theatre, including A Few Good Men, Rocky Horror Show, August: Osage County, The Parchman Hour, Pride and Prejudice, the Realistic Joneses, and Blood Done Sign My Name. He recently made his main stage directing debut with the St. Thomas Players production of Vanya and Sonia and Marsha And Spike.

“A madcap condensation that features nonstop laughs. Done at a whirlwind pace and with great delight, they are sure to win over even the most skeptical. And there is no doubt that William Shakespeare himself … would approve.” —Daily Variety

“Shakespeare as it was back in the Bard’s day: bawdy, irreverent, sublimely entertaining.” —The Miami Herald

“The funniest show you are likely to see in your entire lifetime.” —The Montreal Gazette