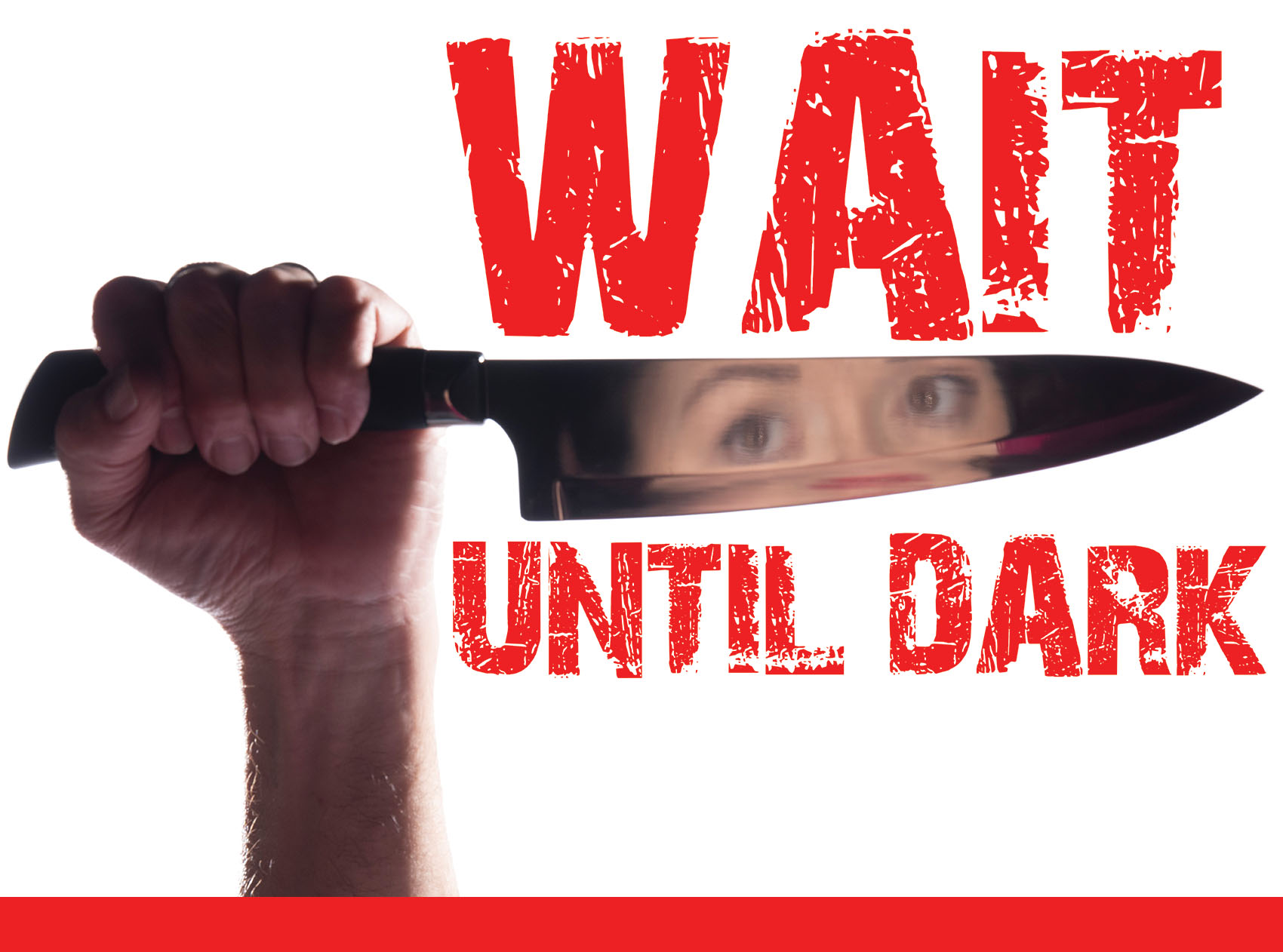 “Are you looking at me?”

Forty-seven years after WAIT UNTIL DARK premiered on Broadway, Jeffrey Hatcher has adapted Frederick Knott’s 1966 original, giving it a new setting. In 1944 Greenwich Village, Susan Hendrix, a blind yet capable woman, is imperiled by a trio of men in her own apartment. As the climax builds, Susan discovers that her blindness just might be the key to her escape, but she and her tormentors must wait until dark to play out this classic thriller’s chilling conclusion.

Frederick Knott was born on August 28, 1916, in China to an English missionary family. Knott earned a law degree from Cambridge University after attending Oundle School and served in the British Army from 1939 to 1946, achieving the rank of major. Knott only wrote three plays during his lifetime, yet his spine-tingling thrillers ran successfully on Broadway in the 1950s and 1960s, and have been standards in regional theatre and touring productions throughout the world.

His most famous script, DIAL M FOR MURDER, is about a man who plots the murder of his wealthy wife but has to improvise once she staves off his plan, and was rejected several times before playing successfully on British television in the early 1950s. It then hit the London stage to rave reviews. In 1952 the play opened on Broadway, and in 1954 was adapted by Knott into a film directed by Alfred Hitchcock, starring Grace Kelly and Ray Milland.

His second most popular play, WAIT UNTIL DARK, ran for 374 performances on Broadway in 1966 and earned actress Lee Remick a Tony Award nomination for her portrayal of a blind woman terrorized by thugs. In 1967 the play was made into a popular film of the same name starring Alan Arkin and Audrey Hepburn. It was revived on Broadway in 1998 in a production starring Marisa Tomei and Quentin Tarantino. His third play, WRITE ME A MURDER, opened on Broadway in 1961 and ran for twenty-five weeks. Fredrick Knott passed away in 2002.

“…a vulnerable woman discovering unexpected resources that allow her to turn the tables on her assailants is still the main draw…goosepimply climax…a gripping finish.” —The Los Angeles Times.

“…reminds CGI-infected audiences that a few shadows, a shiny knife, and compelling characters can still go a long way to create suspense…WAIT UNTIL DARK earns its climax through enthralling, layered characters.” —Entertainment Weekly.

“[Hatcher is] unafraid to recognize that the plot machinations can be baldly apparent, so [his] take is not unlike those repurposed urban spaces that retain the visible industrial pipes and paraphernalia as a design statement. While the audience may well see some of the twists coming, that anticipation becomes a part of the thriller mechanism, adding a meta-tinge that lends some ersatz contemporary fizz…satisfyingly tense, evergreen clever, with gratifying thematic undercurrents.” —The Hollywood Reporter.