“The loveable life and laughable time of Elwood P Dowd and his invisible associate.”

Elwood P. Dowd insists on including his friend Harvey in all of his sister Veta’s social gatherings. Trouble is, Harvey is an imaginary six-foot-tall rabbit. To avoid future embarrassment for her family—and especially for her daughter, Myrtle Mae—Veta decides to have Elwood committed to a sanitarium. At the sanitarium, a frantic Veta explains to the staff that her years of living with Elwood’s hallucination have caused her to see Harvey also, and so the doctors mistakenly commit her instead of her mild-mannered brother.

The truth comes out, however; Veta is freed, and the search is on for Elwood, who eventually arrives at the sanitarium of his own volition, looking for Harvey. But it seems that Elwood and his invisible companion have had a strange influence on more than one of the doctors. Only at the end does Veta realize that maybe Harvey isn’t so bad after all.

About the Director Kris Lineberger

Kris has been participating in theater since high school. She has appeared in numerous productions over the years in and around the Metrolina theater region, including BLITHE SPIRIT (Mrs. Bradman) and NIGHTFALL WITH EDGAR ALLAN POE (Raven, Poe, Police) at Lee Street Theatre. She began cultivating her directing skills about 8 years ago and most recently directed 2 skits in the 4th Annual Boos & Brews at Davidson Community Players. Other directed shows include: PETER AND THE STARCATCHER; OUTSIDE THE WIRE; DON’T CRY FOR ME, MARGARET MITCHELL; SLEUTH; FIRST DATE; Ken Ludwig’s SHAKESPEARE IN HOLLYWOOD and ’TWAS THE NIGHT BEFORE CHRISTMAS; AN INSPECTOR CALLS. She is excited about the opportunity to bring all “six foot three and a half inches” of this iconic, warm-hearted play to life on stage! 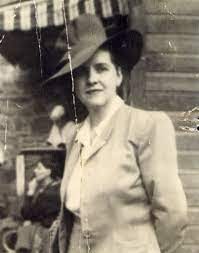 About the Author Mary Chase

Mary Coyle Chase was born on February 25, 1907, in Denver, Colorado. Her parents, Frank and Mary (McDonough) Coyle, were both Irish-born and emigrated to the United States at the end of the nineteenth century. At the age of fourteen, Mary got a place at the University of Denver, where she studied for two-and-a-half years, and then, in 1923, she transferred to the University of Colorado for a further year, but she graduated from neither. With no specific qualifications other than an interest in writing, she became a reporter for various local newspapers in 1924 and went on to join "The Rocky Mountain News" in June 1928. That same year, she married Robert Lamont Chase whom she had met on the paper. Four years later, Mary decided to give up her newspaper job, but continued to do freelance journalistic work for the International News Service and the United Press. She also began to write short stories and plays, as well as a radio programs for the Teamsters’ Union. Her first play to be professionally staged was ME THIRD (written in 1936), which was produced by the Federal Theatre Project, first in Denver and then the following year in New York, directed by Brock Pemberton under the title NOW I’VE DONE IT.

Her next play, A SLIP OF A GIRL (1941), folded on tryout, and other plays of that time, including BANSHEE, similarly got nowhere. Between 1941 and 1944 she became publicity director for the National Youth Administration in Denver, and then for the Teamsters’ Union. Nothing daunted, Brock Pemberton was so confident of Mrs. Chase’s ability that he undertook to produce a piece called THE WHITE RABBIT, on the condition that its title be changed to HARVEY. Its opening in November 1944 became history. The play was an immediate hit and won its astonished author the Pulitzer Prize for 1944-45. Ironically, after the triumph of HARVEY, Mary had to wait until 1952 for her next success, when Helen Hayes starred in MRS. McTHING. This was another bit of whimsical fantasy in which, with the help of a spot of witchcraft, a snobbish woman is made to accept the qualities of her roughneck son rather than trying to idealize him as the prissy brat she really wanted.

"The Saturday Review" remarked: “It is exciting to find how the charm and originality of MRS. McTHING come out in the printed play almost as vividly as they do on the stage… Here is a fantasy that is also convincing realism.” She had another success the following year with BERNADINE, a play about Wromy, an ineffectual teenage boy who tries to translate his gang’s fantasies about the ideal woman into everyday life, with ridiculous results. BERNADINE was later turned into a successful Hollywood movie starring Pat Boone. Mary Chase’s last play to reach new York was MIDGE PURVIS (1961), in which Tallulah Bankhead played a rich matron who passes as a doddering crone. In addition to plays and films, Mary Chase wrote two children’s novels.

Reviewing the first of these, "Loretta Mason Pots," "The Chicago Tribune" observed: “How right and natural that the creator of HARVEY and MRS. McTHING should now write a magical tale for boys and girls. Surely Loretta Mason Potts will take her place among the memorable characters of children’s literature and her story should be a favorite for a long time to come.” Almost all of Mary Chase’s work was humane and comic, informed by her love of Irish folklore. Her delicate fantasies, with their innate charm and lightness of touch, are often compounded the most unlikely people in the most improbable of situations. Her sense of internal reality often slips gently into the playfully surreal—a quality which guaranteed her, through HARVEY at least, enduring acclaim.

She always attributed her interest in fantasy to the stories recounted to her by an uncle who introduced her to pookas, banshees, and other willful fairy folk. Mary Chase was a member of the Dramatists Guild and was given the William MacLeod Raine Award from the Colorado Authors’ League in 1944. In 1947 the University of Denver honored her with the degree of doctor of letters. She died in October 1981 at her home in Denver, where she had lived for virtually the whole of her adult life, survived by her three sons, Michael, Colin, and Barry.