Motherhood Out Loud reveals with illuminating insight the humor, raw emotions and rocky roads we experience in life.

When entrusting the subject of motherhood to such a dazzling collection of celebrated American writers, what results is a joyous, moving, hilarious, and altogether thrilling theatrical play. Utterly unpredictable, Motherhood Out Loud shatters traditional notions about parenthood, unveils its inherent comedy and celebrates the deeply personal truths that span and unite generations. 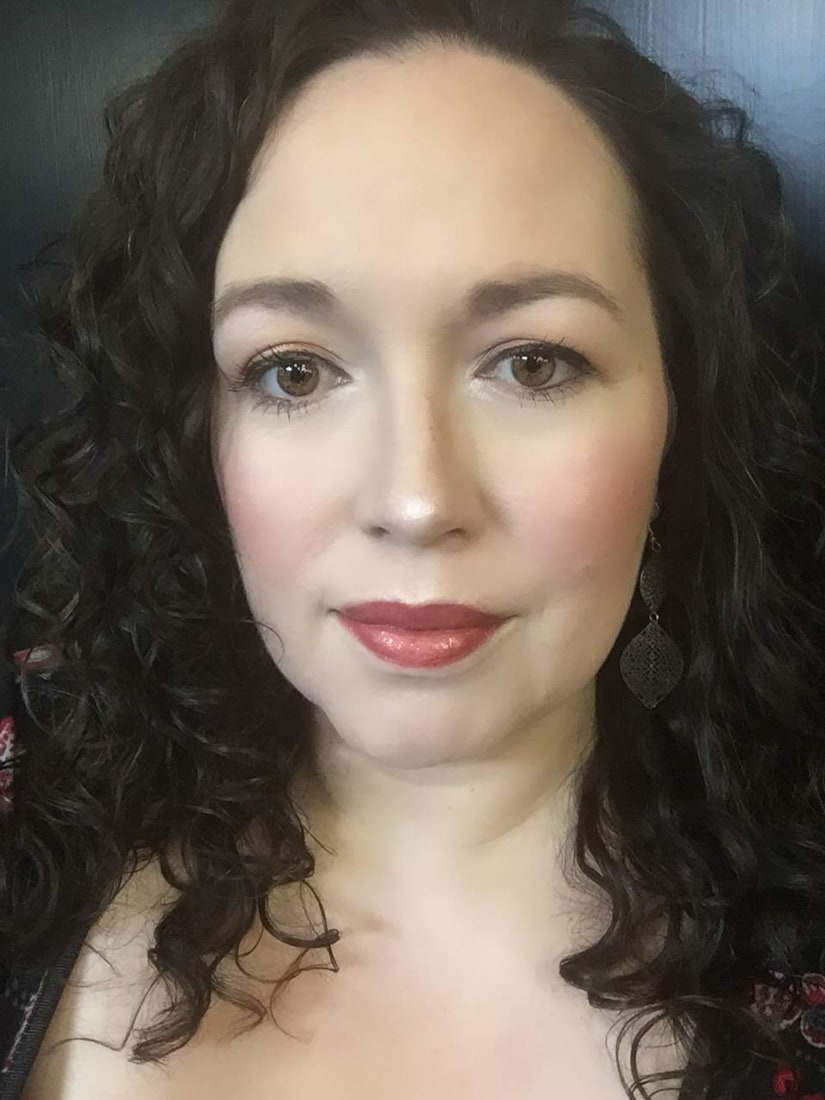 RAQUEL ODEN (Voice 1A/Mom 2) has been involved in all facets of theater for over 25 years. She started on stage in the Los Angeles Children’s Theater when she was 5 years old. Since then she has performed and been backstage from Los Angeles to New Orleans and now Salisbury, NC. Some of her favorite performances were Ivy in August Osage County, Miss Casewell in The Mousetrap, Miss Poppenghul in Moonlight and Magnolias and Roz in Moon Over Buffalo to name a few. She would like to thank her husband, Rod, and children for supporting her theatre passion. 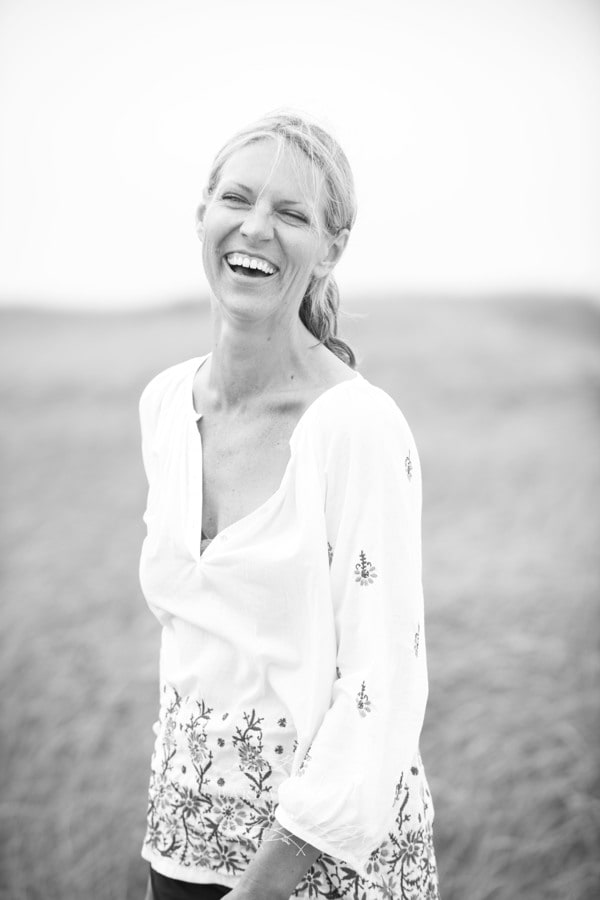 SARA LEE (Voice 1B) got the acting bug after she moved to Salisbury in 2013. Since then, she's fallen in love with the theater and its people. She says, "Even during this pandemic, we get to find ways to connect and stick together - it's a special community and I'm very proud to be a part of Salisbury Theater and Lee Street in Motherhood Out Loud! Happy Mothers Day to my amazing Mom who is watching this in Minnesota tonight. 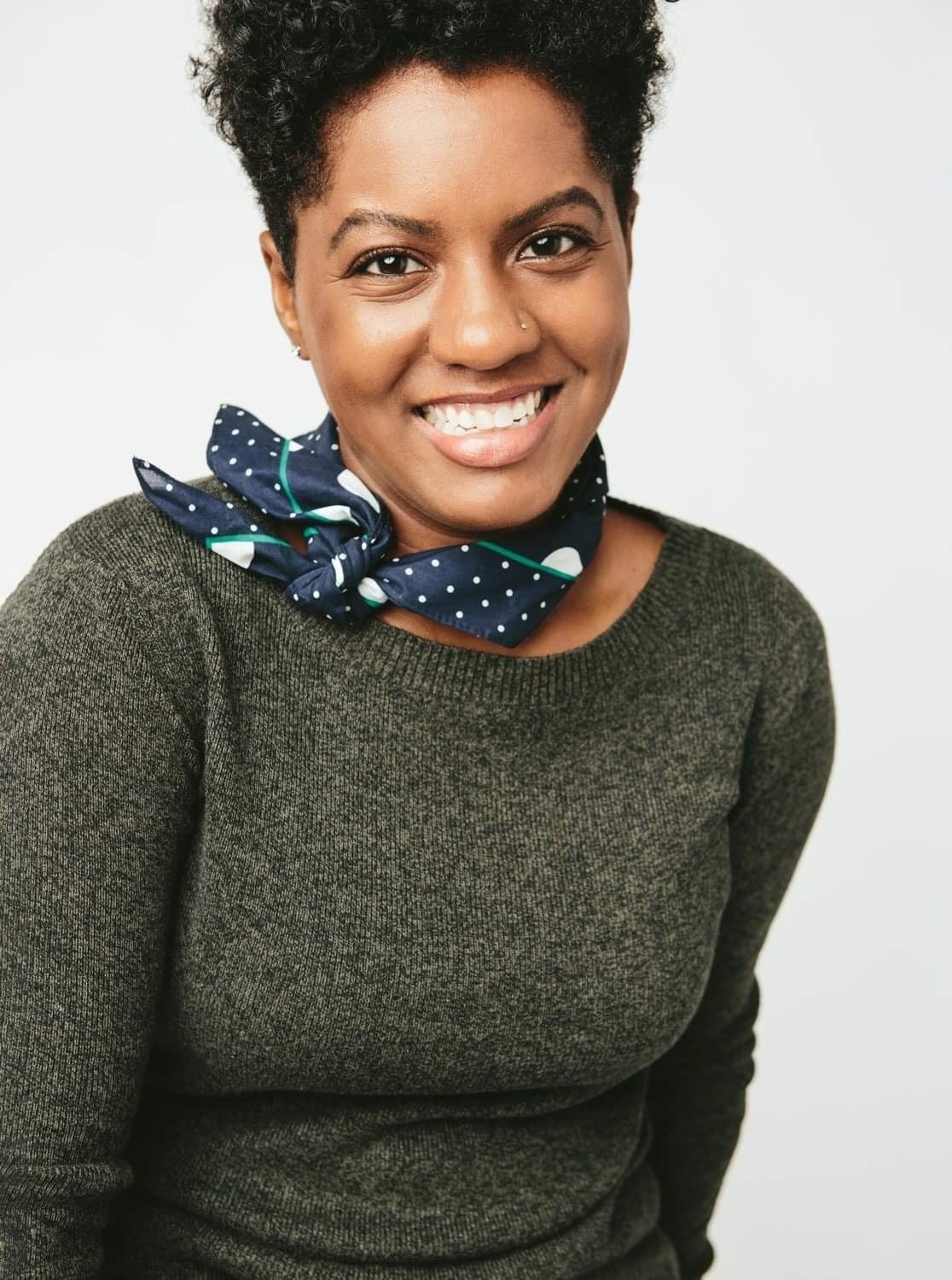 TERRI MONTREL (Woman/Voice 1C/Mom 1) is thrilled to make her second appearance with the Lee Street theatre, in the livestream production Motherhood Outloud. Terri made her debut with Lee Street theatre last year (2019) in the St. Thomas Players production, Shiloh Rules, where she played Ranger Wilson. David Pulliam directed the play.

Terri is a Meisner trained actress currently studying under Wendy Ward of the Ward Acting Studio located in Durham, North Carolina. Her self-written and produced film, Gone, was selected as an Official Selection for the North Carolina Black Film Festival in 2014 and 2015. Terri is also co-founder of a local non-profit in Greensboro, The Sherri Denese Jackson Foundation, which promotes domestic violence awareness. She is also an advocate for mental health awareness. She is the mother of two children, Lyric (10 years old) and AJ (4 years old).

Terri wishes to thank her twin sister, Torri Johnson, for loving and supporting her as she chase her dreams. She also gives thanks to Rod Oden for selecting her to be a voice in celebration of motherhood! 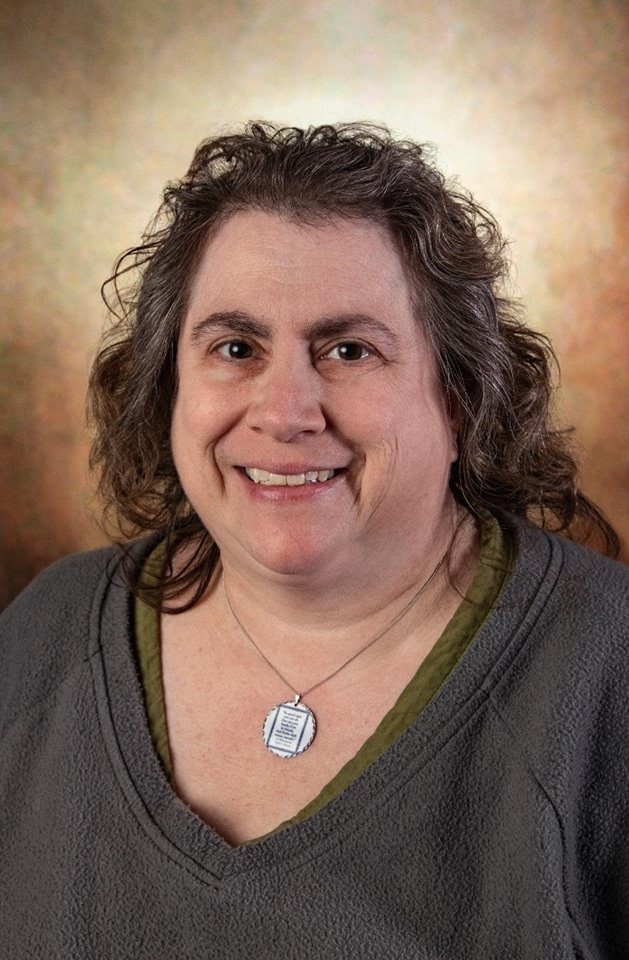 SHERI MARVIN (Woman/Voice 2A/Stranger) has been acting since she was 9 years old, but never before online. Sheri is excited that Lee Street Theatre is taking advantage of technology and continuing to provide theatrical opportunities. Previously she played Millie in Exit Laughing at Fort Mill Community Playhouse in January, performed as an understudy for Vernadette in Rock Hill's Dixie Swim Club last year and as Ennis at Little Theatre of Gastonia in The Last Round-up of the Guacamole Queens in 2018. She is also an accomplished director in North and South Carolina for the past 20 years. In 2019 she directed The Spitfire Grill and Catfish Moon at Old Courthouse Theatre and A Tuna Christmas with Foothills Players of NC in Shelby. Sheri is grateful to work with Rod and Lee Street and this amazing cast! 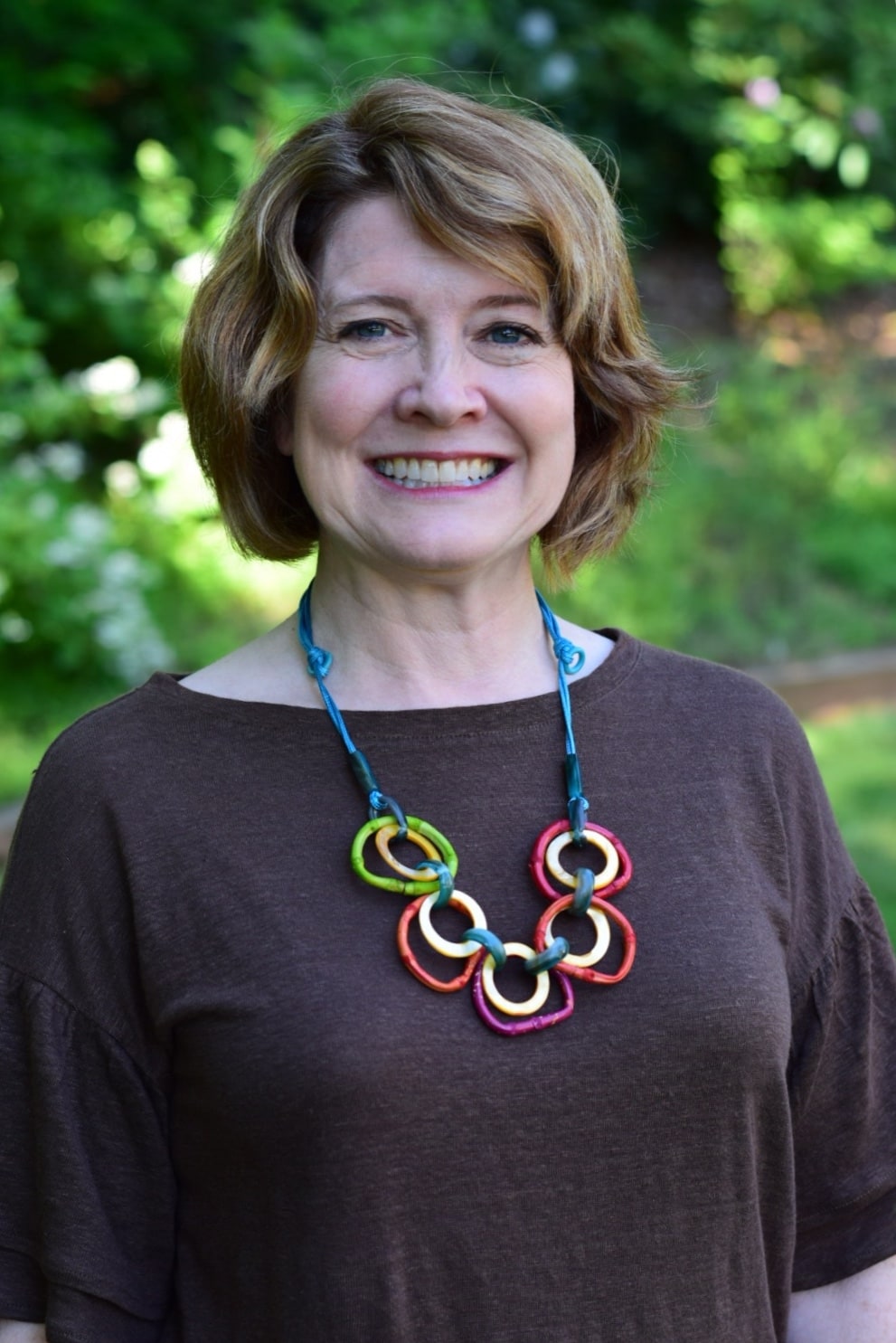 ANDREA ANDERS (Voice 2B) This is Andrea’s first foray into acting and she is very appreciative of the opportunity to be a part of this great cast! Andrea is the grateful and delighted (most of the time) mother of her fifteen year old son, Drew. She resides with Drew and her husband, Michael Bitzer, in Salisbury. Happy Mother’s Day to all mothering types near and far!

JAMES ODEN (STRANGER CHILD) is excited to make his Lee Street debut in Motherhood Out Loud. James likes to play Fortnite, and really enjoys drawing and spending time with his Mom. James wants to wish his mom, Raquel, a very Happy Mother’s Day. 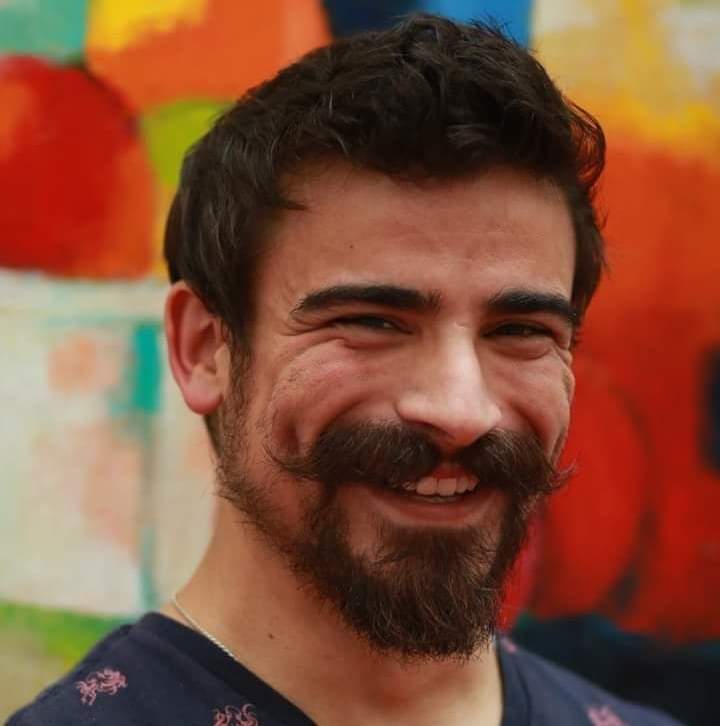 JACOB BRAYTON (Voice 2C/Voice 4C’s Husband) is pleased to be making his Digital Debut in Lee Street's Motherhood Out Loud. As a full time curmudgeon, and a part time luddite, he is tentatively excited to be making his way into this brave new world . 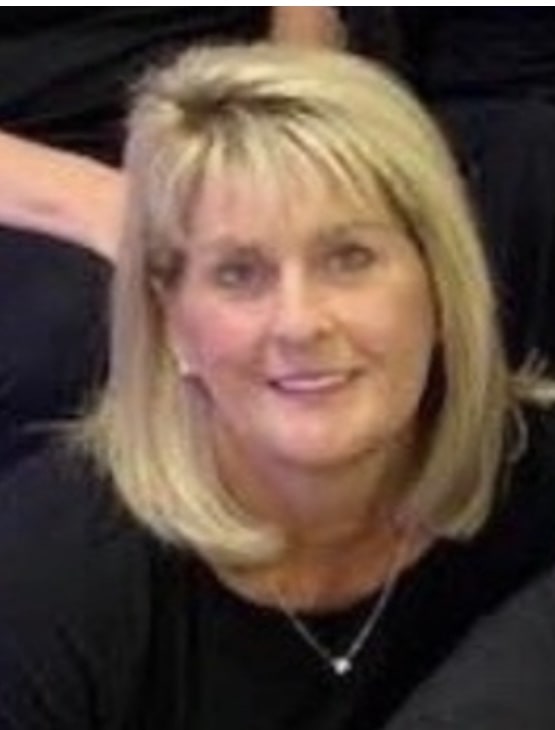 SHARI GRAHAM (Voice 3A) Shari Graham plans events, fundraises, and directs weddings with her fellow party peep, Hen Henderlite. This energizer bunny, who also plays tennis , golf and bowls fondly remembers her white saddle shoes that her mother polished every night before she went to school. She thanks her husband Bill and her children, Perry, Caroline & Russ and Trevor, who put up with her craziness on a daily basis.Shari wishes to dedicate her performance in memoriam of Dr. Rachel Ross, incredible Doctor, Wife, Mother, Friend, ... and now Grandmother in heaven. 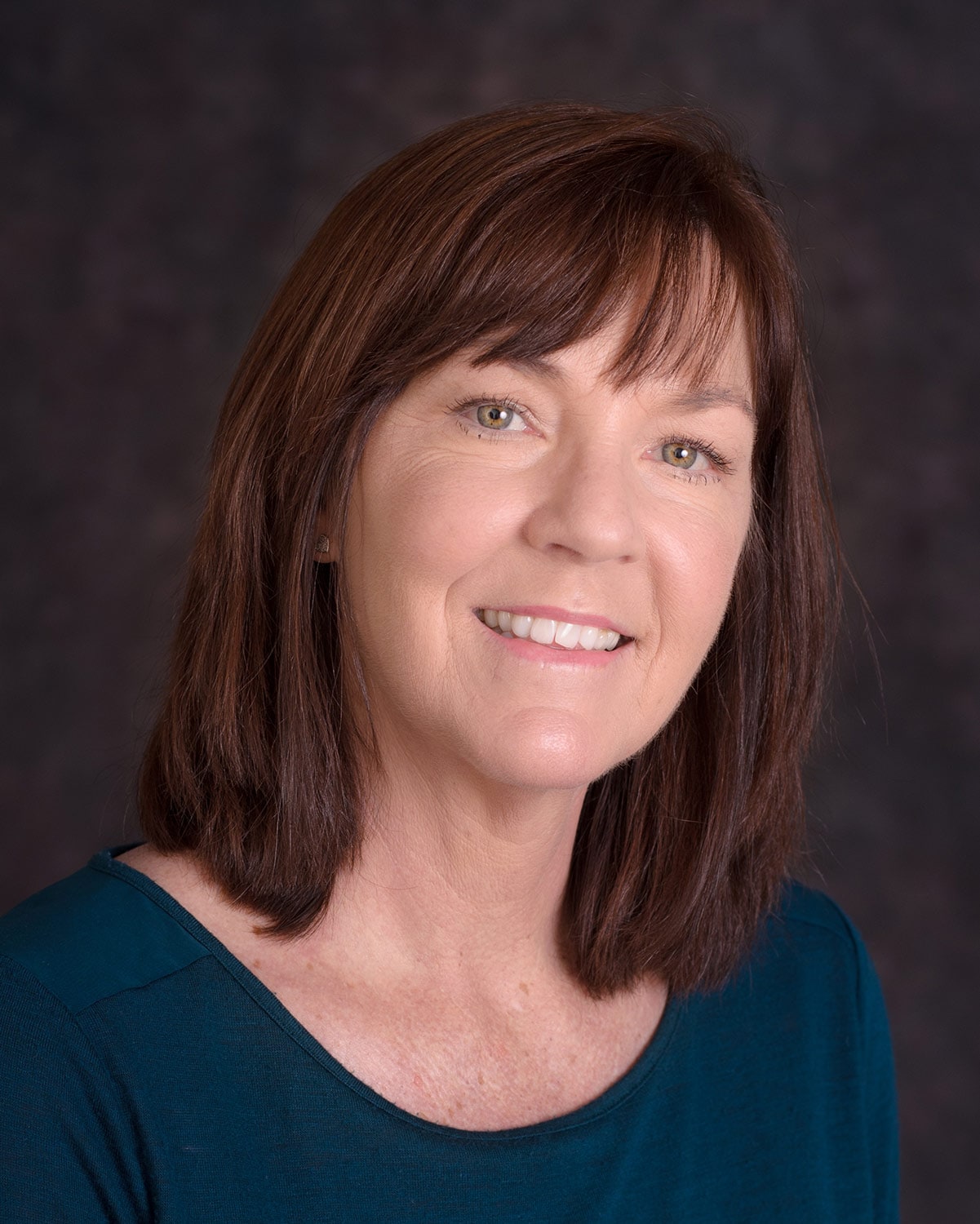 LESI JONAP (Voice 3B) is thrilled and grateful to be back at Lee Street as part of this beautiful and inspiring story. Lesi has been performing for over 20 years in Florida and North Carolina community theater. Some favorite roles include Sonia in Vanya and Sonia and Masha and Spike, Mom in Mom’s Gift, Miss Poppenguhl in Moonlight and Magnolias and Mary in Mary, Mary. Many thanks to Andy, the cast and the crew for the creative energy on this show. Continued love to Stuart for supporting this hobby of ours. 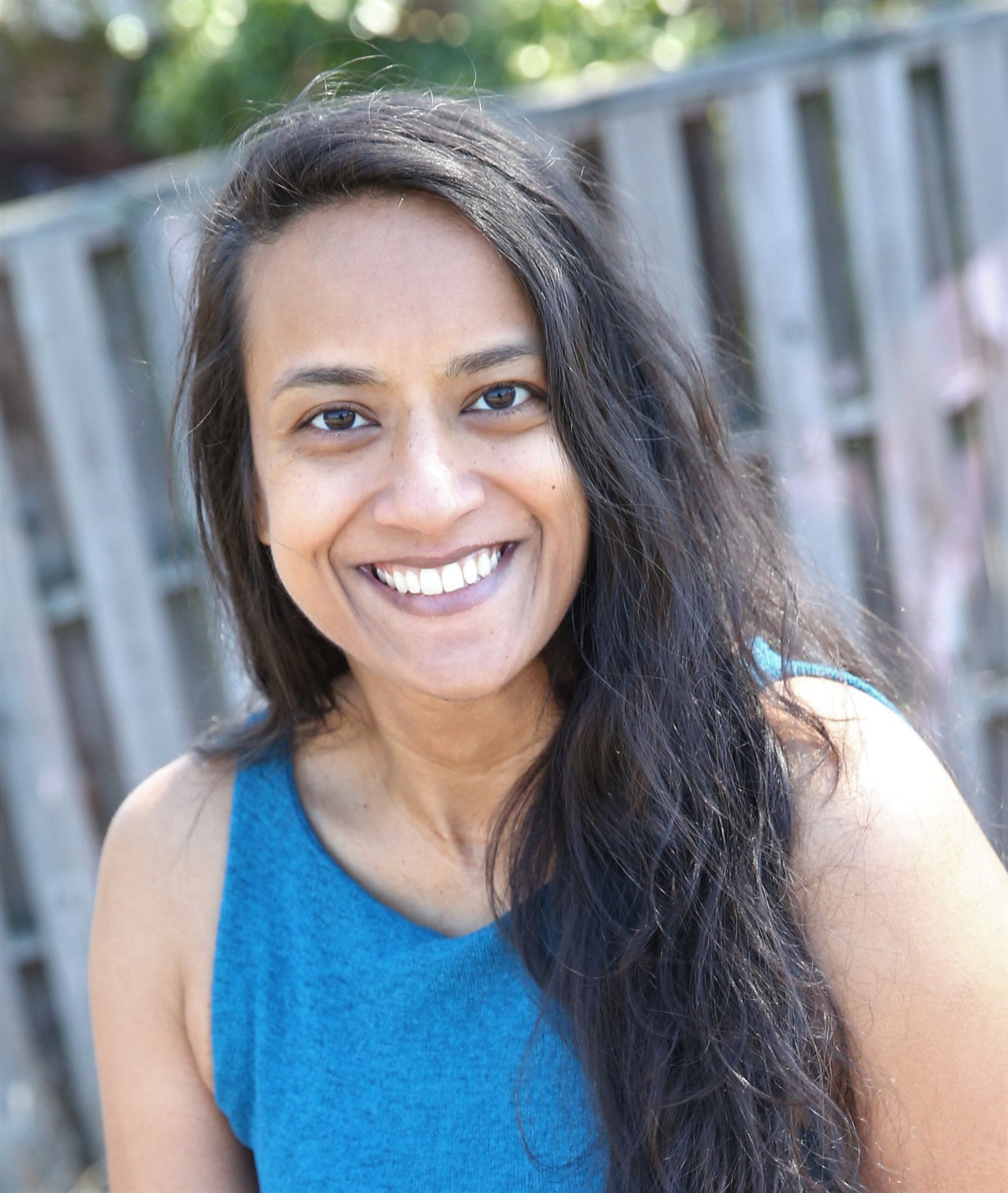 MANISHA PAREKH (Voice 3C) is proud to be making her debut with Lee Street Theatre. Recent credits include Phantom in The Rocky Horror Show at Warehouse Performing Arts Center and Elizabeth in A Christmas Carol at Theatre Charlotte. As a daughter of immigrants, she is grateful to have a chance to step into her mother's shoes and better understand the relationship between a mother and a daughter coming from different cultures.

ARIEL STANSELL (Nooha) has been involved in theatre since she was very little. She now at the age of 15 has performed in two shows, Seussical, the musical and Mary Poppins. She has performed in Michigan and now Salisbury, NC. Her favorite of the two performances was ensemble in Seussical. She wants to thank her entire family for encouraging her to perform and just supporting her from the very beginning. 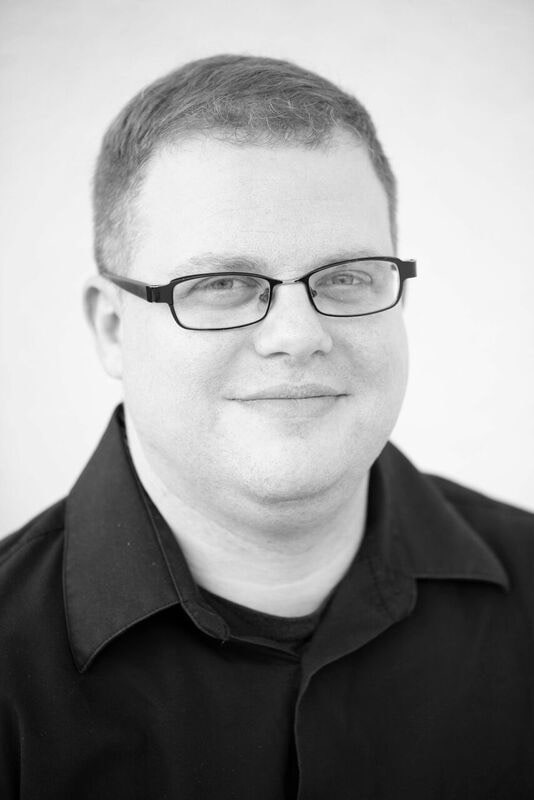 MATT SPRY (Salesman/Bobby) Matt is excited to be performing in another Lee Street show. Recently Matt has been seen in Piedmont Players production of Rumors as Ken Gorman, Theatre Statesville's production of Stephen Sondheim's Company as Peter, and also appearing in both 10 minute play festivals for Lee Street and Old Courthouse Theatre. Matt currently works as a Fuel Manager. He would like to thank his daughter Anastasia, his parents, and his girlfriend Allyson. 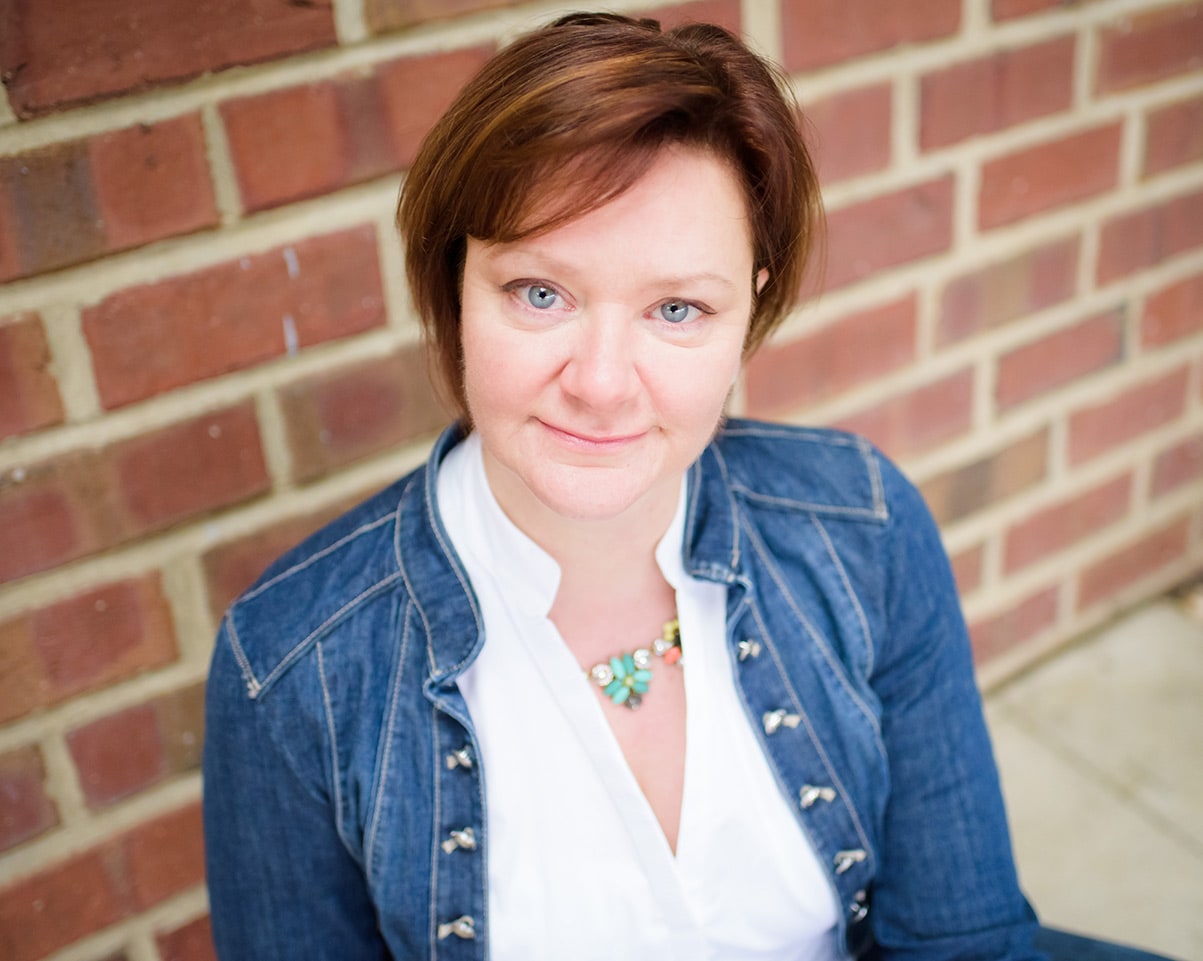 ALICE RICH (Voice 4A) Alice Rich is excited and grateful for another turn on the Lee Street Theater Stage. You saw her most recently this year in The Cake and Blithe Spirit. She has also performed in Salisbury with St. Thomas Players and Piedmont Players in productions of The Diary of Anne Frank, Next Fall, A Doll’s House, the 10 min playfestivals, Noises Off and Caught in the Net. She would like to thank Rod and thisamazing group of talented actors for their love, support, and dirty jokes. Alice loves living in Salisbury with her wonderful husband, Ryan and two children, Eve and Sam (who WILL NOT be seeing Mommy in this performance). LORI VAN WALLENDAEL (Voice 4B) has been active in Salisbury theatre for almost 30 years. She was most recently seen as Helga Ten Dorp in Deathtrap at Lee Street Theatre, and as Queen Elizabeth in Shakespeare in Love at the Meroney Theater. Other favorite productions include The Nerd, The Laramie Project, The Miracle Worker, The Best Man, Walking Across Egypt, and The Odd Couple (both versions). By day, she is Associate Chair of Psychological Science at UNC Charlotte, wife to Shawn, and mother to Heather and Courtney. 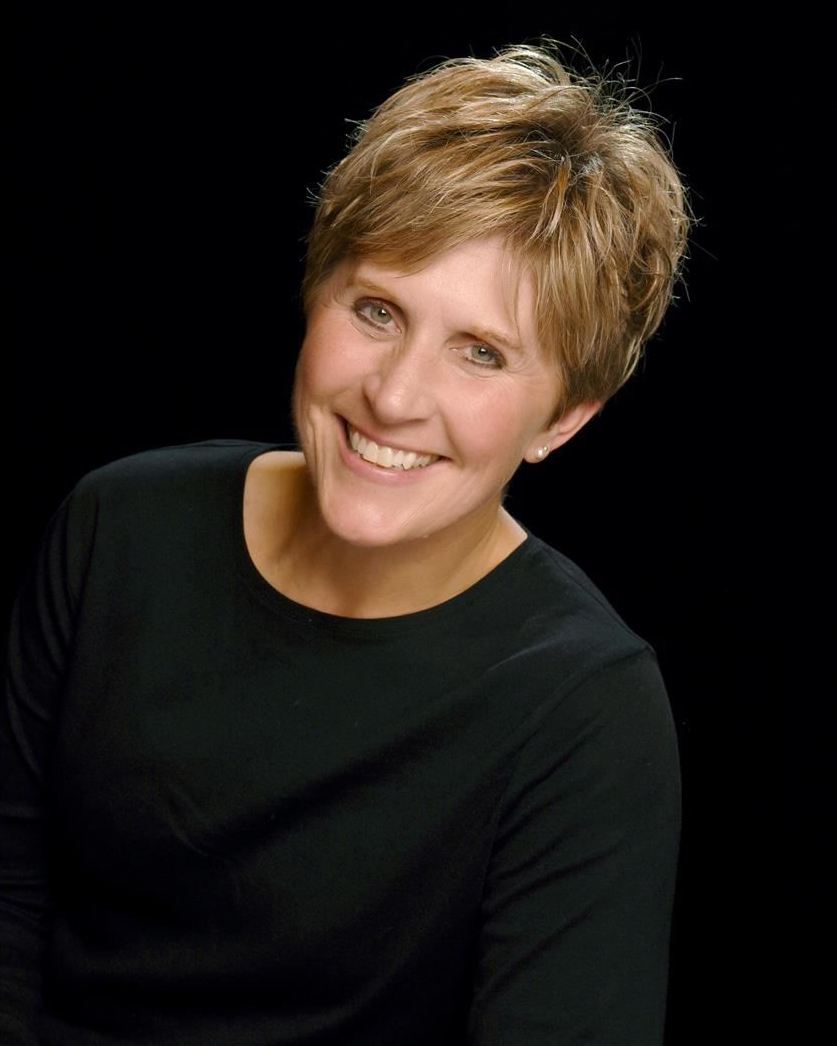 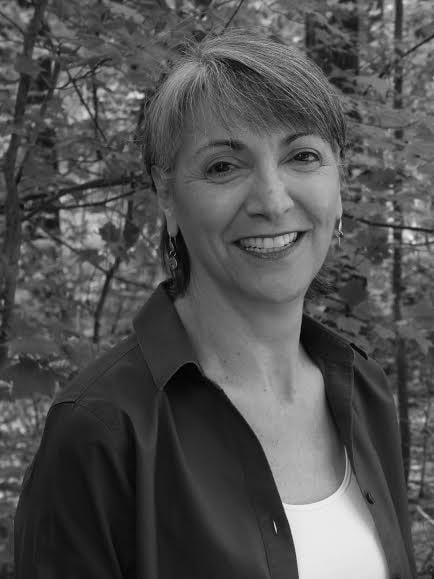 JEAN KADELA (Grandmother/Voice 5A) is very happy to be back on the Lee Street “stage” in this amazing piece celebrating motherhood. She is grateful for all the roles she has played at Lee Street and elsewhere. She was last seen here as Masha in Vanya and Sonia and Masha and Spike, M’Lynn in Steel Magnolias, and as Katharine in Mothers and Sons. Other favorites include Mrs. Banks in Barefoot in the Park, Abby in Ripcord, and Agnes Day in Benedictions. As always, heartfelt thanks to husband, Jon, for his love and support throughout the years –he’s also is a theater geek and fully understands the obsession! 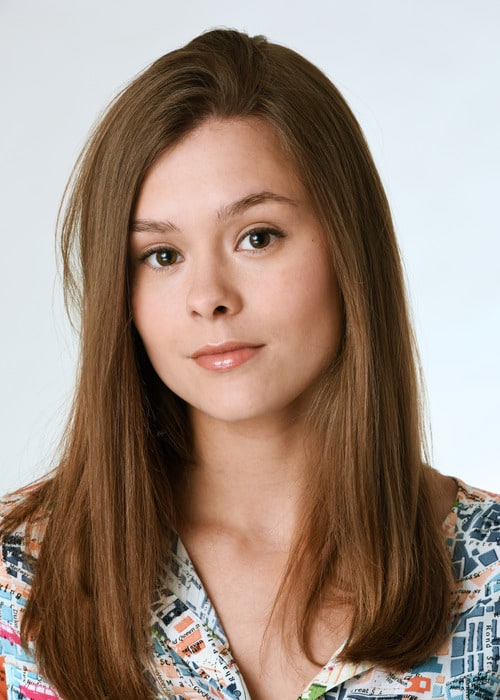 CHLOE CORLEY (Grand-daughter/Voice 5B) is so excited to be doing another Zoom livestream performance! This time to celebrate all the amazing ladies out there. Chloe is currently studying Marketing online while pursuing commercial, film, and theatre with her agents in Atlanta, NYC, and NC. She enjoys being a voice student, taking yoga, and creative writing. She would like to take this opportunity to shout out her AMAZING mom that has always pushed her to pursue her dreams and for being the most beautiful person she knows! A thank you to all of you for watching, especially all the moms and motherly figures out there, you rock! Please make sure to take this time to donate to help the arts thrive in Salisbury! 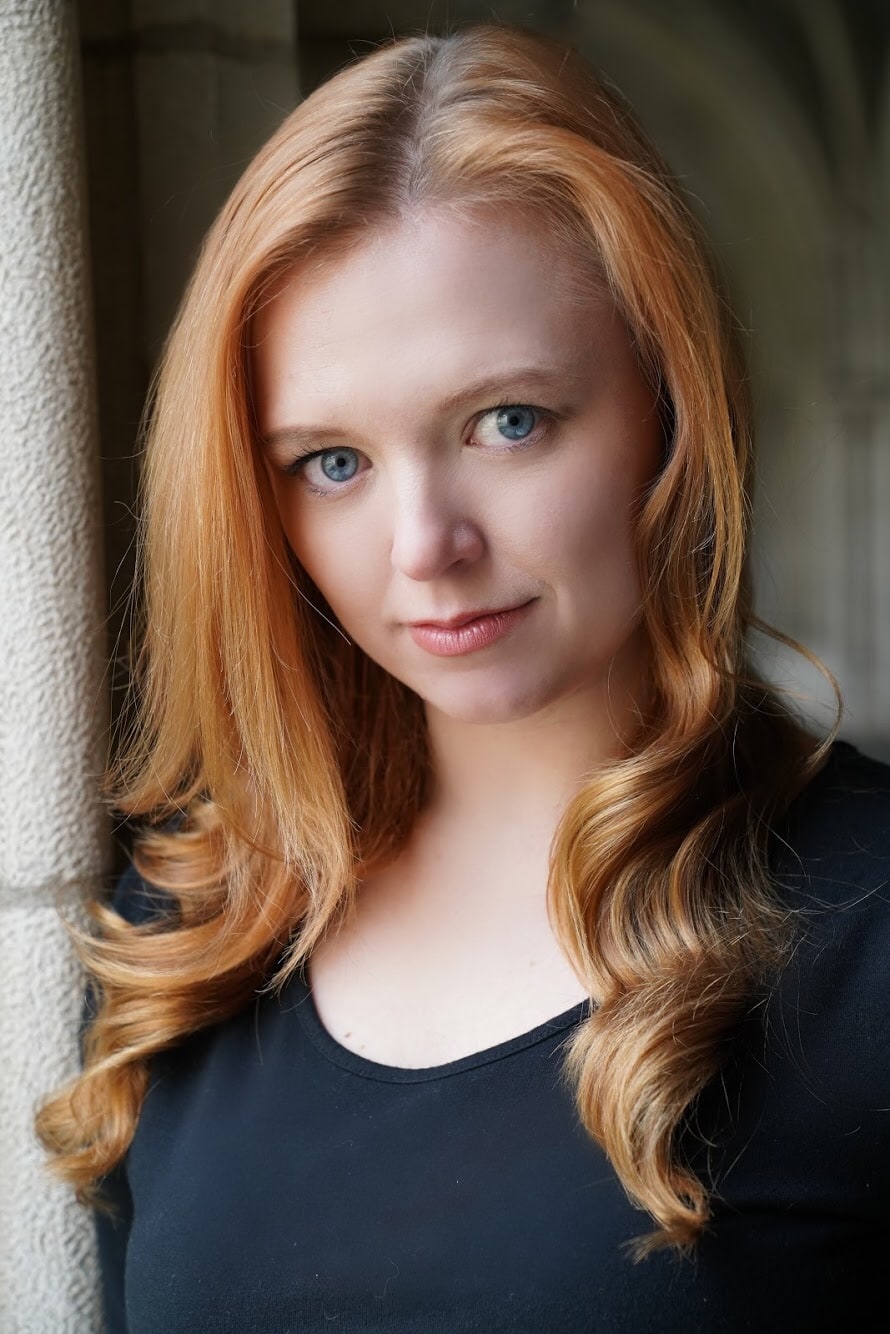 GINNY WEANT (Voice 5C) Ginny Weant has been seen performing in multiple operas, music theater shows, cabarets, and various concerts in theatres across New York and Chicago. After the completion of her Masters in Voice and Opera from The New School in 2016, she went on to perform with On-Site Opera as Barbarina in The Marriage of Figaro, and was also cast in her off-off Broadway debut as Fiona in Brigadoon with St. Jeans Players. In 2016-2018 she performed as a character cast member with Disney Cruise Lines on the Fantasy and the Wonder. Ginny recently moved to Chicago to continue performances with the classical vocal group, Canto Zenzero, which she is a co-founder of. This year, she debuted in the Chicago Music Theatre Festival and will be seen as Sophie in Brightside Theatre’s upcoming production of Mamma Mia. Ginny has been enjoying this time she has had to spend in her hometown of Salisbury until returning to Chicago when it is safe!